So what’s the most promising traffic type, vertical or offer type RIGHT NOW? What segments are growing and which ones are fading out? That’s the million dollar question that you simply have to know the answer for, unless you want to waste your money and time.

Many years ago, Hugh Hancock (known as Caurmen on STM Forum) has started the tradition of posting a What’s Working in AM (insert year) thread on the STM forum, outlining the biggest trends in the business, in an attempt to help all the members to focus on areas that showed the most promise for the given year. Needless to say, that these threads were among the most viewed ones on the forum, year after year.

Unfortunately, Hugh has passed away recently as most of you know, but we didn’t want to let the idea die with him. So we (Amy-vortex and myself) decided to continue with this tradition and turn it into something bigger… to honor Hugh and for all of us to remember the good things he did for this industry. That’s how the “What’s Working in AM” e-book was born.

After giving it a proper thought, we decided to not just post our personal views on the AM industry, but to bring all the big names and industry parties together, to provide views from all sides of the business: affiliates, spytools, traffic sources and affiliate networks. Each participant was sent a set of questions to answer and we compiled the replies into one large report that we published in 2018 for the first time. The final copy was 130 pages long and we managed to get more than 50 individuals/companies involved. I think it’s safe to say it was a big success… the report was downloaded around 10,000 times and the feedback we received was VERY positive.

That’s why we decided to go on with this and after a few months of hard work, I’m proud to present the result of our efforts. The 2019 report is bigger and better than the first one. More than 70 affiliates and companies took part in it. The page count has grown to 220+ pages and we now also provide info on SEO and e-Commerce. For the lazy ones, we also have a rather long summary at the end of the report and I’m gonna share part of it with you below.

When we finished compiling the “What’s Working in Affiliate Marketing in 2018” report last year, we were blown away by the sheer amount of information that was collected. So writing a summary naturally felt like a necessary addition to making the report complete – and this year is no different. This year’s report is actually even longer and more complex than last year’s, so again we decided to end it with a summary. Be warned though – those of you who decided to read just this part, are missing out on a lot of valuable details in the actual replies. As usual, those who are diligent will benefit the most.

Last year, the imminent deaths of 2 segments seemed inevitable. Carrier Billing offers and POP traffic. We specifically asked our respondents about carrier billing and the responses were quite clear – the vast majority of them confirmed the demise of the carrier billing vertical. However, there is a “BUT”. While some affiliate networks completely delisted these offers from their offerings, there are still some who managed to survive and continue to push decent volumes and profits.

According to them, there are 2 ways to earn $$$ in carrier billing these days. First one would be to build relationships based on high levels of trust, which can grant you access to special flows that can still convert well. This is very sensitive territory though, as one misstep on behalf of the affiliate will ruin the party for all.

The other option is to focus on offers that actually provide value to the end user. Where such offers can be found remains partially unclear, but may suggest the future of the segment. Possible niches include the purchase of tickets, credits for games or streaming apps, and transportation, just to name a few.

The second segment that was predicted to die was POP traffic – which, as we all know, did not happen. The big G (a.k.a. Google) threatened to kill POPs for good with one of their recent Chrome updates. But as it turned out, POP networks still found ways to bypass the blockers and continue to serve POPs in the millions/billions of impressions.

It’s not business as usual for all the networks though, some damage was sustained and the overall volumes for POP traffic has gone down. As a result, POP networks report higher CPM prices and some affiliates have left the space for greener pastures – mainly PUSH traffic which has become hugely popular in recent months. (More on that later.)

An interesting statement has been made by some POP sellers, who claim that traffic quality has gone up due to the decrease of fraudulent traffic. On the other hand, some affiliates are complaining about decreasing quality. This discrepancy can be attributed to different views from buyers and sellers.

The Zone of Decliners

This year, there are significant differences in opinions on verticals that are on the decline. Many replies contradict one another.

Two examples are Nutra and Crypto. While some affiliates and networks report significant growth in both areas, others mentioned a steep decline. But some trends are still quite clear.

In case of Nutra, there was a clear shift from Trial offers to the Straight Sale model. This has to do with the recent “trial and rebill” regulations created by credit card companies. And when it comes to crypto, those who report good results also confirm another trend – the slow death of binary and forex offers. Networks that report a decline in crypto offers, tend to blame it on the market cap crash in the crypto world. So in case of a rebound, these offers should regain traction.

Another area with a more or less clear trend would be drop-shipping. After the rampant growth this area has seen in 2017 and 2018, it has started to decline this year. The market seems to be saturated with cheap products that take ages to deliver. Ecommerce as a whole is still booming, but more focus is put on quality, usability and customer satisfaction.

Drop-shipping is not dead though, at least not yet. Those who manage to build their brand, and find unique products and keep their customers happy, should still do well. The importance of brand-building is stressed by quite a few experts.

The last vertical worth mentioning would be survival-style offers. These were still doing well last year – remember the tactical flashlight or various “survival kit” offers? According to our respondents, there is not much future for them anymore.

When it comes to traffic types, no candidates have been nominated for imminent extinction. But there are some that are declining and they’re mostly the older ad formats. One would be the already-mentioned POP format, followed by standard display ads (banners), which are slowly losing ground to the newer and more user friendly Native ad formats.

Although it’s not like these will be gone anytime soon, the decline has begun. This is partially caused by regulations (such as the Better Ads Initiative from Google). Another cause is changing user habits, for example the continuing shift from desktop to mobile formats.

Ever-increasing banner blindness, ever-improving ad-blockers and decreasing CTRs are also forcing those in the traffic business to look for other opportunities. So if you were planning to build your business around standard 300×250 desktop banners, it may be time to re-think this strategy.

The Zone of Returners

There is one VERY clear trend in not just the affiliate industry, but the online marketing space as a whole. Email list building is coming back on a massive scale. Ten years ago, many skilled marketers have sworn that email would be gone by now, replaced by more “modern” and innovative means of communicating with customers.

This was just part of the summary and it continues in the report, so make sure to download it and read it in full. So what are you waiting for, grab your copy of the report now, after all it’s FREE! It’s the most complete and informative report this industry has ever seen and I’m willing to put my name on it. If you think otherwise (after you’ve read it) I will buy you a beer at this years AWA in Barcelona! 🙂 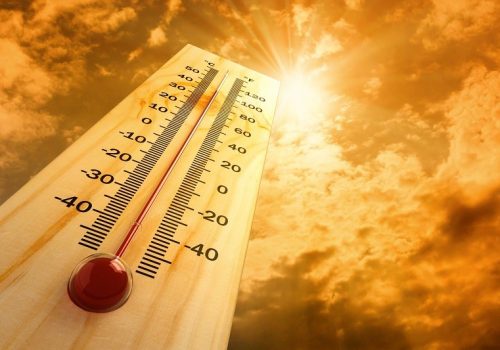 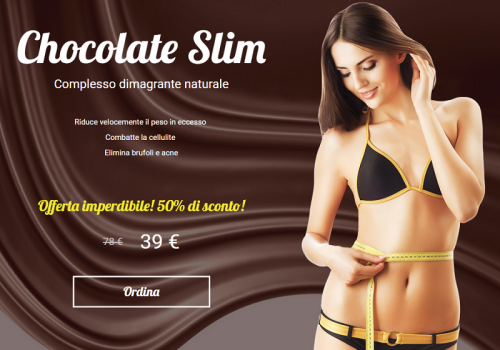 Introduction to the NUTRA Vertical with expert advice from Adcombo.Com